How To: Use the Z-Wave Association Tool | Hubitat

How To: Use the Z-Wave Association Tool | Hubitat

Note: With Z-Wave, the security level for devices that are going to speak with each other via associations need to match. If you have a C-7 hub this means you need to include all of the participating devices at the highest security level that all devices support. If you are going to associate a dimmer or switch with a bulb, you must include them all at either S0 or non-secure in order for them to talk together. This is because the highest level of security that the bulbs support is S0. 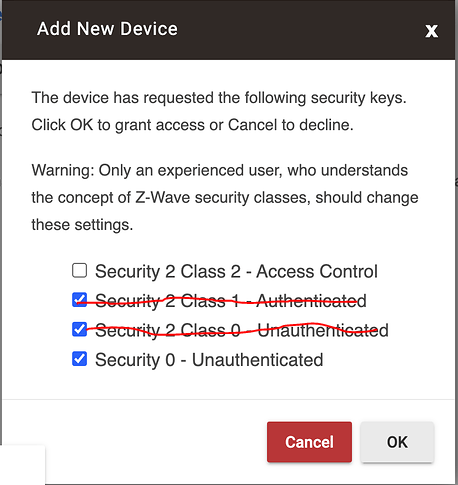 The Z-Wave Association Tool is an App that was created to allow our customers to easily create device-to-device “associations” with Inovelli devices and other compatible Z-Wave devices. The tool requires special code to be present in the driver so it will only work with Inovelli devices. Anyone is free to add the code to other drivers though if they would like.


The purpose of a direct association is to have one z-wave device speak directly to another to create something like a “virtual 3-way” between two switches, or have a dimmer be able to directly dim up & down bulbs in real time. The communication is usually much faster than if it were to go through your hub and the hub is not required for the association to work after it is setup. For example, the hub could even be completely shut down and the 3-way or the communication with the bulbs would still work.


Code The most up-to-date code for the app can be found here. It consists of 2 pieces of code that need to be installed in the “Apps Code” section of Hubitat. One is a parent app and one is a child.

This is typically going to be the device that does not have the “load” (or light) attached to it. It is the device that you want to use to control the other device. Generally an Inovelli Switch or Dimmer.

This is the device that you want to be controlled. If it is in a virtual 3-way, it is the switch or dimmer that has a “load” (light) attached to it. Technically, you can put multiple devices in this group which may be the case if you are trying to control multiple bulbs.

Now that this is defined, below is a simple step by step on how to create an association for ON / OFF.

First, we open the Z-Wave Association Tool app from the “Apps” section of your Hubitat Hub. 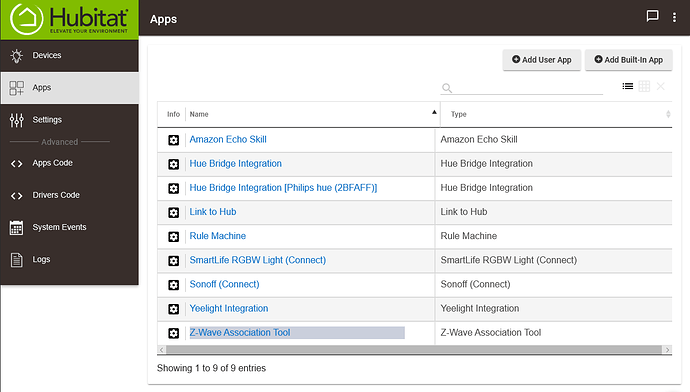 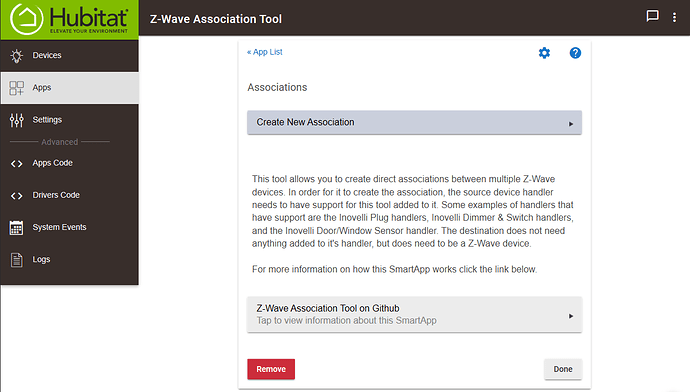 Then, click the “capability” drop down and choose “Switch / Dimmer / Bulb”. Next, select the source device. Use the terminology above to decide which device you want to be the source. It is the device that you want to use to control the other(s). 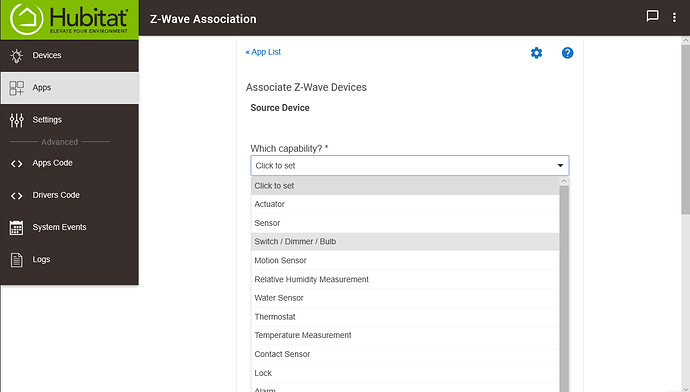 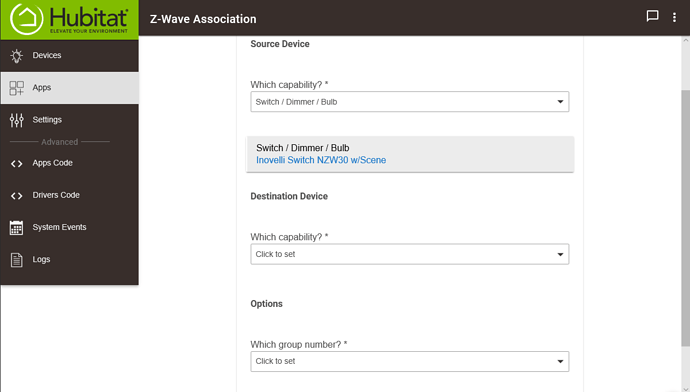 For the destination device, choose “Switch / Dimmer / Bulb” and select your device(s) as needed. Also, use the terminology to determine which devices to choose here. They are typically going to be the devices that you "want to control. 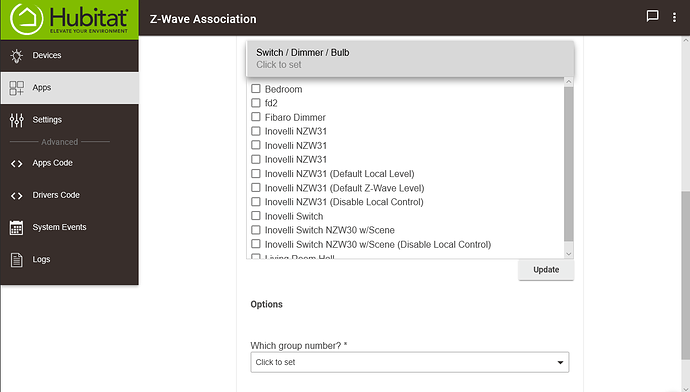 Lastly, select the group that you want to use in this association. Group 2 to control ON / OFF or Group 4 to control DIM UP / DIM DOWN. 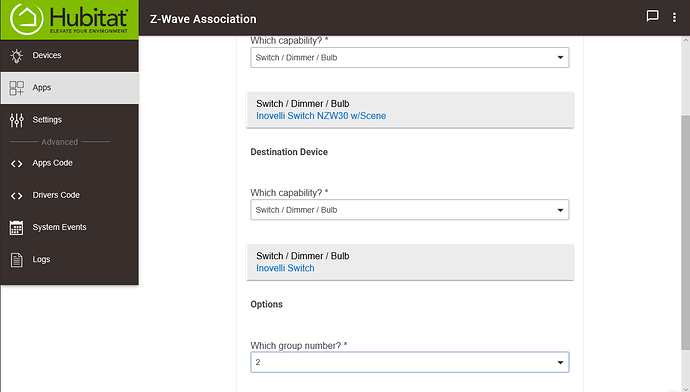 Note: When using a dimmer you are likely going to want to control BOTH ON / OFF & DIMMING. You will need to go through the process shown above again and create a second association for the other group (Group 4).


In the end it would look something like this: 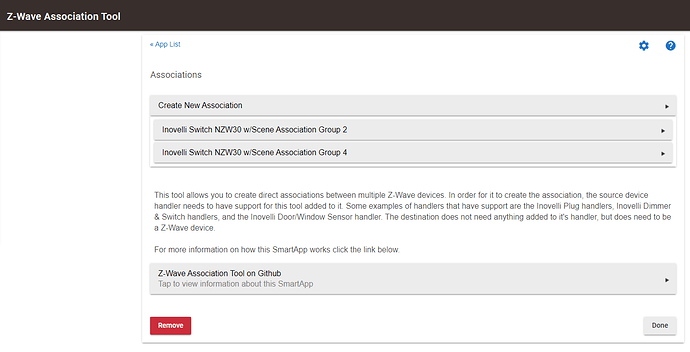 That should be it. After a few seconds the app will configure the associations on the “Source” device and you should be able to start enjoying the benefit of direct Z-Wave associations!